Temptation is as old as Adam and Eve. Unfortunately, succumbing to it is as natural as breathing to the gentlemen in the haut ton. For prospective brides bent on fidelity, three of the ton’s most ravishing beauties will help determine the faithful from the philanderers. What they hadn’t counted on was emotional entanglements…

Catherine Rutherford has been smitten with the sinfully handsome American, Lucas Beaumont, since their introduction the year before. And he appears just as enamored of her, for following his return to London he launches a seductive campaign to ensnare her heart and capture her hand in marriage. Never has Catherine been so confident in the outcome of a courtship…that is until she discovers her would-be groom proposed marriage to her sister first.

Although she and her twin share the same face, Catherine refuses to share a man’s affections much less be any woman’s substitute. With the aid of her twin and two friends, she challenges the man she loves to the ultimate test of fidelity. Posing as her heartbroken sister—who is really anything but—Catherine seeks his solace from an “unhappy marriage” and begins a tempestuous game of seduction where the true proof of his love lies in his ability to resist her charms. 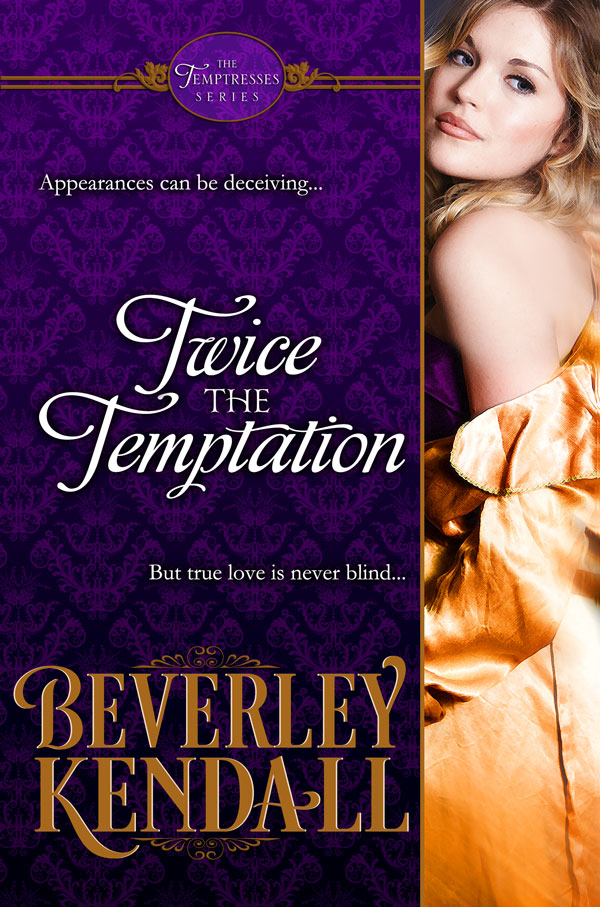 “At present, I don’t want you to say anything. I want you to come here.” He’d intended it as a request but it came out a husky command.

“For what?” she asked, her voice a tremulous whisper, for she knew what he wanted. She’d known it since the first time they’d danced.

Lucas chuckled softly. His erection was swelled nearly to bursting and standing stiff as a croquet bat. “Surely you can guess,” he murmured.

Her gaze fell to the evidence of his arousal before jerking up just as swiftly. “You want to marry me yet not once in all the time after you discovered I had not become engaged did you write.” Her voice broke ever so slightly. “Those actions hardly seem to fit the sentiment you’ve just professed.”

Lucas started toward her, approaching her with measured strides and affording her enough time to bolt if she so desired. But she stood her ground, strands of golden curls about her shoulders, his fingers having liberated them from the pins that secured them at her nape. He’d have preferred her hair completely unbound, trailing the length of his bare chest all the way down to his groin.

Upon reaching her, he drew her still form into his arms. She offered no resistance, her body stiff for a moment before she seemed to melt into him, molding to fit his frame as if fashioned for that specific purpose.

His erection went from interested to fully engaged, raging out of control. He settled it hard against her belly. Even if he adjusted for their seven inch height difference, the bulk of her skirt would make the kind of fit he wanted impossible to attain. This would have to suffice.

He stared down at her and it was all he could do not to take her right there, heedless of the inappropriateness of the time and the venue. God, her sister was somewhere out there on the other side of the door.

All chivalrous thoughts fled from his mind when she caught her pink bottom lip between her teeth on a whisper of a moan. Her eyes closed as if drugged, an invitation he accepted by crushing her mouth beneath his and cupping her bottom to press her indecently close. Catherine tipped her hips, adding a pressure of her own that caused the throb of pleasure in his cock to sharpen to something urgent and hot.

His tongue surged between her lips to tangle with hers. He couldn’t savor her as he wanted, for ten months of celibacy had taken its toll. Too long denied, he ravaged the sweetness of her mouth. But she wasn’t put off by his demand for she met him thrust for delicious thrust. Mouths locked, his hands filled with her and hers anchored about his neck, he began leading her toward the nearest piece of furniture—a large mahogany desk—when a knock sounded on the door.

“Catherine, Lucas, is everything all right?”

Lucas let out a string of invectives that would have gotten him tossed from church by his ear if he dared speak them aloud. Lifting his mouth a bare inch from hers, he said hoarsely, “Tell your damn sister to go away.” His friendship with Charlotte preceded his introduction to Catherine by five years, but she strained those bonds right now.

“I can’t,” Catherine replied, her tone filled with regret.

The brush of her lips against the side of his jaw when she spoke suspended all coherent thought. He took her lips in another drugging kiss. He palmed her breasts over the snug fitting silk of her gown. Firm, soft, glorious but the barrier between his hands and her flesh made the experience inadequate. When he moved to slip his hand under the square embroidered neckline, the knock sounded again, followed by a more urgent, “Catherine. Catherine. Open the door.”

Catherine was the first to draw away, her hand trembling as she attempted to smooth the dishevelment of her hair. “One moment,” she called out staring at him with wide eyes. Her gaze drifted downward until it met the erection he couldn’t hide.

“Oh dear,” she said touching the tip of her tongue to her upper lip. He was certain she wasn’t being deliberately provocative. Still, he grew harder.

“You must do something about that before I can permit her to come in.”

His throat rebelled and the intended laugh came out a groan. “If you want the thing to subside, then you do something about it.”