Kennedy Mitchell is brilliant, beautiful and…tired of being the only Black woman in the room.

Two years ago, Kennedy was plucked from the reception desk and placed in the corporate boardroom in the name of diversity. Rather than play along, she and her best friend founded Token, a boutique PR agency that helps “diversity-challenged” companies and celebrities. With corporate America diversifying workplaces and famous people getting into reputation-damaging controversies, Token is in high demand.

With business booming, Kennedy soon discovers there’s a lot of on-the-job learning. Some messes are not so easily fixed, like the pro hockey player overheard using a racial slur who needs his image rehabbed, and an executive team that requires diversifying and sensitivity training asap. When Kennedy’s ex shows up needing help repairing his company’s reputation, things get even more complicated. She knows his character is being wrongly maligned, but she’s reluctant to get involved. Soon, she finds herself drawn into a PR scandal of her own. 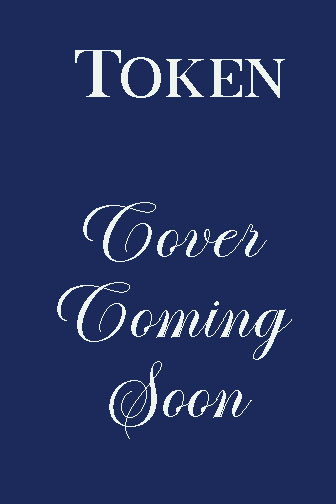 iBooks  •  Kindle •  Nook  •  Kobo  •  Google Play
Praise
“Both an incisive, wryly funny tale of a strong, smart Black woman carving a place of power for herself in corporate America and a sizzling second-chance love story, TOKEN is the romantic comedy holy grail: full of laughs, sexy as hell, and as thoughtful about its characters’ inner lives as it is our collective social one. I can’t wait to see what Beverley Kendall brings us next.” —ASHLEY WINSTEAD, author of Fool Me Once
Excerpt
Other Books in the Series

Aurora picked up on the first ring and skipped preliminary greetings. “Hey, I was just thinking about you, and I have a plan. If you don’t find a decent-paying job by the end of the month, I can talk to Nate.”

Near-bursting with excitement over her newfound fortune, Kennedy’s train of thought was immediately sidetracked. “Ror, for the last time, I’m not working for your brother,” she exclaimed, rolling her eyes.

This wasn’t the first or undoubtedly the last time Aurora would raise the subject. She’d said the same thing when Kennedy started looking for a job after they’d graduated, and then every time she expressed an inkling of dissatisfaction with said job.

While all of that might be true, Nate could be a teensy bit intimidating—okay, plenty intimidating. And coming from someone who pulled off cool and collected as if she’d been born to play the role, that said a lot.

Kennedy had dealt with her fair share of good-looking men of all strata her entire adult life. Nathaniel Robert Vaughn, however, was an entirely different species. He was too everything: too good-looking, too smart, too opaque, too driven, too cool and detached, and way too far out of her league.

And that was the rub. Something she hated admitting even to herself. Suffice it to say, the less she had to do with him, the better. A job at his company would open a door best kept closed.

Her objection wasn’t entirely personal. At the age of thirty-two, he was the founder and CEO of Constellation, a tech company in the vein of Amazon and Apple, and she had no technical skills to speak of.

“Look, I know my brother can be a little…standoffish, but I promise, he likes you. He thinks you’re a good influence on me. Anyway, you wouldn’t be working directly for him, and you’d barely see him.”

Clearly, that was debatable.